False Ambition: Am I a Designer, Developer, or Both? 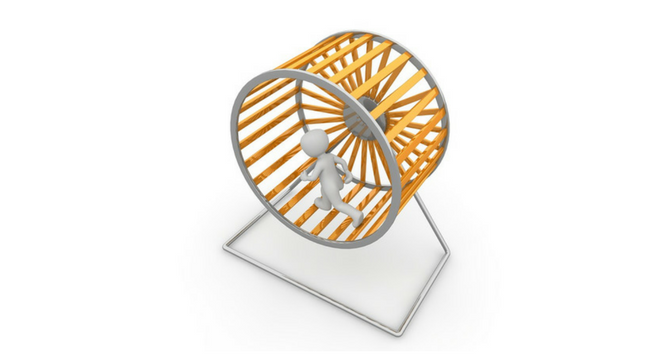 I started out as a designer. At one point in time, I was forced to start developing. Now, it’s time for a reset.

We Didn’t Have Anything

This goes back to the nineties. Netobjects Fusion was the most widespread design tool, with Microsoft’s Frontpage as a close second. Fusion was made for designers. There was no encounter with the source text of a website, and it wasn’t even possible. The same applied to Frontpage. This resulted in pretty pages, but horrible source code.

Later on, Macromedia’s Dreamweaver, and Adobe’s GoLive joined the group, and even surpassed Fusion and Frontpage. In terms of WYSIWYG, the newcomers were superior, and in terms of code quality too. It only made sense that designers were not sad to see the pioneers of design tools leave. However, the damage had already been done.

What Could Have Been if Things Had Gone Differently

Do you write Postscript manually? No? Why not? Right, you don’t need to. Manually writing HTML would not have become necessary either, had the early tools been able to provide a proper realization of the standards, or at least established that this didn’t matter at all. Look at Word and its topsy-turvy code, that works.

Now, did the mediocre quality of early HTML design tools force all of us onto the developer track? This might seem a little over the top. At the very least, the guys from Netobjects or Microsoft won’t be the only ones to blame. However, it’s a fact that we’ve been forced to manually write code from the very beginning, which is something that print design tools never have and would never have asked from us.

Thus, we ended up dealing with unattractive code blocks, rather than appealing designs. Soon enough, this became standard. Ever since then, the code-based working has been picking up pace almost dramatically. No day passes without three dozens of brand-new, naturally awesome frameworks, boilerplates, libraries, and other tools.

Design is Only a Partial Aspect of Our Work

Design in itself has been moved to the background. The developer tasks dominate. Some may like it, but not all do. When looking at my order book, the requests of my typical client have barely changed in the past two years. However, the technological options have changed drastically. This barely matters to the average client, though, as their business goals are the same that people had twenty/thirty years ago. You can open any business studies book of the Eighties and just start reading anywhere.

The brand-new features that you can only make use of as a developer are not useless, of course. However, they only affect a rather small share of potential customers and are heavily overrepresented in terms of their visibility, and the buzz that is created around them.

Back to the Roots

I’m done. Instead of evaluating new tools just to realize that, after a pointless training period, I can accomplish the same thing that I accomplished before, I will now exit this rat race. I don’t want to develop a Facebook clone, and no client will ever ask me to do so.

I enjoy working on designs, not fiddling around with code. I’ve gotten angry about a missing semicolon, or a superfluous underscore countless times, once I finally found them. This has to stop.

And while we’re at it. I don’t want to be a webmaster either. In the Nineties, I’ve put days of work because the mail server of client XYZ didn’t work, or appeared on some block list. Today, doing this is much clearer, and easier, thanks to proper backends. But that doesn’t make it a fun activity.

So, if I don’t want to webmaster, and don’t want to develop, which tool is the one for me? Naturally, the first thing that comes to mind is the homepage builders of the new generation. Dreamweaver and co don’t take care of the webmaster tasks, although they go pretty far in terms of cloud storage support, and management of modules, and other reusable elements.

For Noupe, I’ve already looked into homepage builders several times, and I’ve also covered the topic for t3n, including the creation of a large market overview. I think I’m able to claim that I can make qualified decisions for, or against certain products.

Looking at it from this perspective, two website builders remained, namely Wix and Webydo. You’ll find a whole bunch of articles covering both of them here at Noupe. My colleague Robert Mening also created a complete website using Wix, and gave a detailed report on it.

While Webydo seems to provide the more complete package, even including billing and white labeling, Wix established the bigger business.

Why does that matter? I don’t want to act as if I was putting my entire occupational future in the hands of the system that I choose. However, it would definitely be – say – annoying should my provider end up shutting down at a moment’s notice. So, assessing how likely the worst case is, is the right thing to do in advance.

Here, I, personally, think the market leader Wix is the safest bet. German competitors have been through tough times already, so all of them are out of question for me. Webydo does offer a good product, but it appears to be moving towards some sort of final battle with Wix. In the end, one of the two will be victorious, and I feel like it will be Wix.

In terms of the feature set, the two providers are very similar, and that also applies to the learning curve and the controls. In case of doubt, it would even be possible to quickly switch between the two. This idea reinforced my decision.

By clearly focusing on Wix-based websites, I won’t lose one single customer. I can tell you that much already. The clients never cared for the technological foundation I got their designs running on. And I’ve only developed web services, mostly communities, two or three times in the past; the last time was 15 years ago.

Psychologically, this decision is immensely easing to me. Once you’ve realized that your business doesn’t need to run at the cutting edge of the latest technologies, a lot of weight falls off.

Of course, I’ll keep staying up to date regarding new developments, but there won’t be a lot of experiments anymore. I won’t write any more code, either. From today on, I’ll only design. Just like I used to in days gone by.

PrevPreviousTool Tip: Best Resume Ever, the Resume Generator for Developers
NextBranding: The Perfect Logo Will Be RememberedNext
X