Focus on productivity, not efficiency 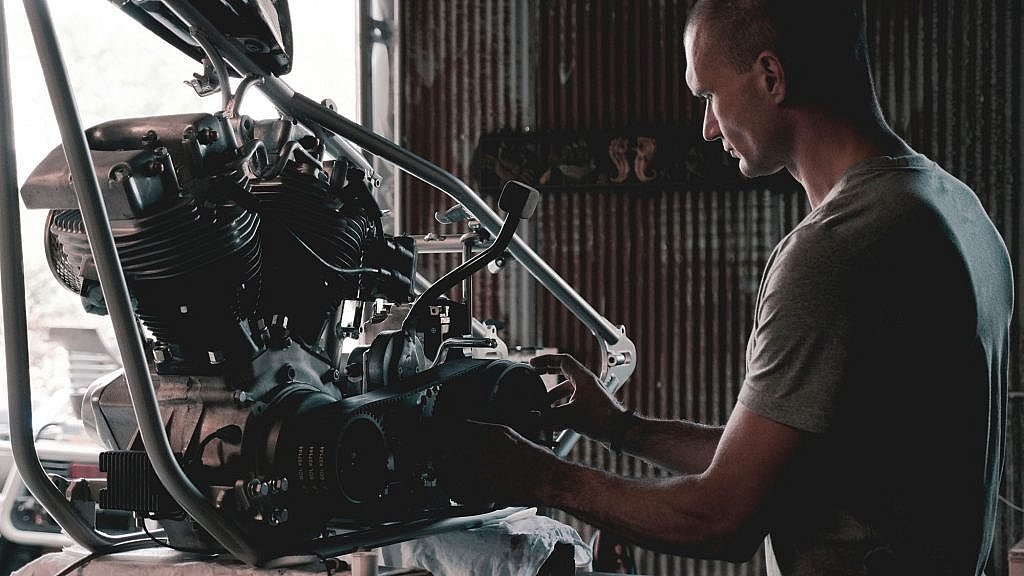 Over the next several years, Henry Ford reduced the time-consuming process to an impressive 2.5 hours.

His goal was simple — make automobile ownership possible for every American by lowering the cost of production.

What wasn’t so simple?

Figuring out exactly how to do more with less.

As a child, Ford stayed awake at night on his family’s farm, taking watches apart and putting them back together again.

His father didn’t support his ambitions, so young Ford ran away to apprentice at a machine shop when he was 16 years old.

Nearing the age of 40, Ford was often looked upon as a daydreamer by acquaintances; they criticized him for preferring to “tinker with odd machines” than work a steady job.

Lucky for us, some of Ford’s friends did believe in him. The future icon started his company with an initial investment of $28,000 and never looked back.

Ford studied the continuous-flow manufacturing processes of breweries, flour-mills and meat-packing plants, before borrowing their ideas to increase efficiency in his factories.

One of his earliest moves? Breaking the company’s Model T automobile assembly into 84 distinct steps.

Each worker was trained in one step and was only responsible for completing that individual task. While this enhanced efficiency to a degree, it wasn’t until Ford implemented power-driven machinery that production really skyrocketed.

The man went on to develop the industry’s first moving assembly line, manufacture more than 29 million automobiles and amass a net worth of $200 billion.

While Ford’s story is inspiring, his accomplishments weren’t entirely unique. The modern machinery spawned by the Industrial Revolution ushered an era of unprecedented wealth and success for several of his contemporaries.

Interestingly, the “efficiency mindset” embraced by Ford dominated the marketplace all the way into the early 2000s.

Industry leaders like General Electric, Honeywell and HP have all showcased their efficiency programs and associated bottom-line results.

As reported by Harvard Business Review, earnings growth for the S&P 500 ran at nearly three times the rate of inflation during this time period, despite several years of mild growth.

“Without top-line growth, continuing to wring out greater profits through efficiency has become the managerial equivalent of attempting to squeeze blood from a stone.”

Mankin argued that today’s business environment requires a different worldview — one focused on productivity over efficiency.

And I mostly agree.

As suggested by a recent survey of more than 300 senior executives — conducted by Bain & Company and the Economist Intelligence Unit:

Today’s most successful organizations are the ones who nurture productivity in the workplace.

Over the last 12 years, focusing on productivity (not efficiency) has helped me significantly to grow JotForm to over 4 million users.

I wanted to share some of the productivity practices we have found success utilizing, as well as some of the ones we hope to embrace in the future:

How to lead with productivity

We could get all our designers to sit in one room and developers in another.

Similar to how Ford did it, we could ask each person to take on one job at a time and move on to the next right after.

This way, we could get them to work 100% of the time and become a super efficient organization.

But we don’t. At JotForm, our 120 employees work in cross-functional groups of 5–6 people instead.

Each team includes a lead designer, who works side-by-side with UI and CSS developers, full stack developers, plus UX specialists, data scientists, and any other necessary functions.

And instead of getting each person to work on one task at a time, our cross-functional teams work on one project at a time.

They are independent and empowered to make their own decisions.

They come up with great ideas, execute and test them quickly, and constantly build new ideas on top of others.

They work beautifully. No one tries to solve a problem in isolation, so each project benefits from a variety of voices, skills, backgrounds and strategies.

Do we utilize our resources more efficiently? No.

But we do utilize them more productively. We boost creativity.

And we would have lost that team dynamic, product ownership and all the ideas generated from the discussion of people from different fields.

During the early days of scaling a business, “bureaucratic red tape” rarely exists. An amazing amount of progress can be achieved in a short amount of time with the right combination of team members.

Interestingly, most employees want to be productive. However, the larger their organizations become the less productive they often feel.

According to research conducted by Bain & Company, the average company loses more than 20 percent of its productive capacity to something called organizational drag.

The term refers to unnecessary workplace activities, requirements and regulations pushed by upper-management.

As managers or founders, our job is to question how we can get out of the way and reduce organizational drag.

Take meetings. As Mankins told Sarah Green Carmichael of HBR IdeaCast, the biggest opportunity for enhancing organizational productivity is both reducing the number of unnecessary meetings and meeting participants.

I explained in “Should you walk out of that bad meeting, even if it’s rude?” that not all meetings are created equal. They’re not necessarily a “scourge” on your company.

But it doesn’t mean we should:

Because the old maxim that “time is money” simply isn’t true. One can always earn more money, but time itself? That is irreplaceable.

Meetings are part of our lives. Ultimately, every founder needs to set their own boundaries and create a meeting strategy that fits their organization.

Most companies have a handful of what I would call all-star MVPs.

They come from all backgrounds, educational credentials and job descriptions. And, for whatever reason, they have a disproportionate impact on company success.

Unfortunately, these talented individuals are often placed in organizational roles that limit their effectiveness.

“Despite the countless millions that have been spent fighting ‘the war for talent,’ our research suggests that relatively little has been devoted to safeguarding the spoils,” said Mankins,

“Fifteen percent of most companies’ workforce are star players, employees with exceptional performance and the potential to have an outsize effect on strategy execution.”

The truth is every hire can be an MVP given the right circumstances, training and support. Which is why I prioritize getting to know each and every new hire at JotForm.

Besides wanting everyone to feel welcome, I want to know what makes each person unique.

The more employees I have working in their “sweet spot,” the more naturally productive the organization will be as a whole.

From what I’ve seen across 12 years of building JotForm, there is NO such thing as an unproductive person. More often than not, there is a person who feels unchallenged, underutilized or unfulfilled.

A recent study referenced in HBR supports this observation:

Inspired employees are 125 percent more productive than employees who are “merely satisfied.”

Translation: The output of one inspired employee is more than double that of a satisfied employee.

4. Lose the “more is better” mentality

We’ve grown to subconsciously measure a person’s worth based off how many hours they work, how much is on their plate and put simply?—?whether or not they are running around like a chicken with their head cut off.

But, sooner or later, all of us have to ask ourselves what our mission is — is it to be the busiest or is it to make the most impact?

The U.S. Congress amended the Fair Labor Standards Act to include the number after a long period of back-and-forth negotiations.

Considering how much the nature of work has since evolved, we must ask ourselves: Why are we enforcing work practices that were developed nearly 78 years ago?

As reported by the Guardian, Luxembourg is the most productive country in the world, despite its workers averaging 29 hours a week.

While JotForm has yet to experiment with shorter workweeks, we have experienced significant boosts in productivity due to flexible work hours.

As I highlighted in “Why waking up at 6 am won’t make you successful”, every person has different peak hours of performance.

Additionally, we encourage team members to take frequent breaks to recharge their batteries. Studies indicate that the average person cannot engage in critical thinking for longer than four hours at a time; anything after that is wasted effort.

And it makes sense — the more mentally refreshed employees feel, the more high-quality work they are likely to achieve.

I try to practice what I preach as well. Every year, I take at least a full week off from my company and head back to my hometown to help my parents with the olive harvest.

All thoughts of startup growth or conversion rates slip away when you’re picking olives. It’s meditative and calming.

I know that olive picking won’t land me at the top of TechCrunch, but it’s a personal measure of success. And somehow, some of my best ideas come to me during this period.

Switching from an efficiency mindset to a productivity mindset hasn’t happened overnight, but it’s been worth it.

Each change has produced significant gains in terms of happier employees, higher performance and increased profits.

And isn’t that what we all want?