The age of visual design is moving towards its end. In the future, the beauty of a design lies only in its operability, not in its looks. However, designers will still be needed.

However, there won’t be graphic designers anymore, but rather pure UX designers. Here, the fact that they won’t work with the graphic medium, but with words, is just a detail. They will get used to it.

Conversational Interfaces Are the Interface of the Future

This is not really surprising if we take a look at where we’re going. The future clearly lies in the so-called conversational interfaces – interfaces that work on the basis of a conversation. Here’s where apps that are able to directly react to user input come into play.

These can be interfaces that respond to entered input, or ones that comprehend spoken language. The device that will be the first to experience and accelerate this paradigm shift is the smartphone.

Here, we already use apps like WhatsApp. The good old SMS has long been left behind in favor of these modern messengers. The next step on this path are the already widely available chat bots. They are programs that react to your input, and turn them into actions. The interaction feels like a conversation. There are no thresholds anymore. We can use our oldest way of interaction. We can do so whenever we can. 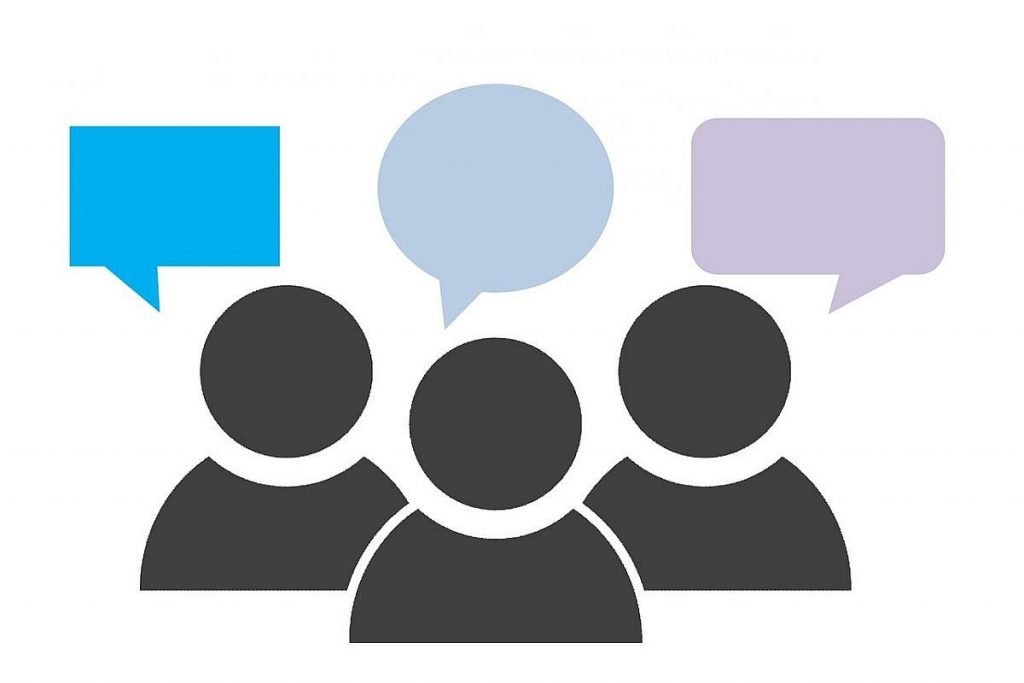 The rapidly evolving voice assistants are on the rise as well. Their newest generations already offer functions that we used to need plenty of apps for. Nowadays, you can make Siri order a taxi, or control your favorite fitness app. Once Apple has opened its voice assistant for third-party providers via SiriKit, we should expect the small speech processor’s skillset to grow drastically. The Google Assistant, Microsoft’s Cortana, and Amazon’s Alexa fall into the same category, as well as the Samsung assistant called Bixby, although it has only been announced as of right now, and doesn’t actually exist yet.

No matter if chat or voice, or both, the written, or spoken word is the basis for all actions. A visual interface is not only unnecessary here, it simply doesn’t exist.

Fast Internet and Fast Processors Speed Up the Development

Why now, and not earlier? This question is justified, as we’ve been speaking for much longer than we’ve been using apps. The answer is rather simple, though. In order to trigger interactions via speech, powerful computers, and fast internet connections are required.

After all, the processing happens in the cloud. Without a fast connection, the transfer of the speech snippets simply takes too long, and without fast processors, it takes too long to calculate a meaningful response.

So what remains from the conventional design of our days? Not much. And, let’s be honest, we’ve known that for a while now. Why do designs become more and more similar, even though they have been as different as it gets in the early 2000s? The answer is, that we don’t set ourselves apart from each other via design anymore, but via functionality.

Design has basically become a matter of course. Even today, differentation can only be done via especially refined usability, like well thought-out micro interactions. This trend will become redundant as well, once conversational interfaces are the standard.

An intermediate step would be automated design, as shown by The Grid, or the recently presented Wix ADI. We hand over content to the system, and it creates a visual representation of them. This already works quite well.

Automated designs could be the service that remains in the long run. After all, it doesn’t make sense for every website to be run in a conversational way, and the effort is not even worth it for plenty of providers.

Words Have Always Been, and Will Always be Indispensable

He who writes, remains. My grandma used to ram this down my throat during my elementary school years. I didn’t actually think that she would turn out to be a visionary. However, it’s a fact that words, and words exclusively, are what will shape the future of interfaces, without any accessories.

Firstly, it will be about how well the input can be intrepreted. Secondly, modern interfaces will also have to be rated by their output. If you want an impression of that, simply ask Siri to do any complex task, and then ask the Google Assistant to do the same. They are worlds apart. A lot has to happen here, in order to get to acceptable results, worthy of the name conversational interface. Surprisingly, the older Siri is not who’s currently winning the race.

But let’s not limit ourselves to computers and smartphones. Soon enough, we’ll be able to interact with a lot more devices. Visual means will not be able to keep up with the progress. Speech works anywhere.

Prepare For the Future Now

We have not yet reached the point where you have to provide voice control design. You can make a lot of mistakes here, too. And we won’t get around designers then either.

Nonetheless, you should prepare yourself for the upcoming challenges. For one, you’ll have to learn how to write. Don’t worry, this simply takes a lot of practice. You should know that your intelligence is not the problem, as visual design can’t be done without a brain either.

Don’t start your next design without having the content. Stay away from the creation of visual templates. Construct the visual design based on the content you want to communicate. This will change your mindset step by step, turning it into: nothing works without content. Instead of: I’ll just start with the looks.

I’d guess that we’ll have about ten years to prepare for the shift. Within these ten years, we’ll have to at least integrate speech technology more and more often. But, what are ten years?