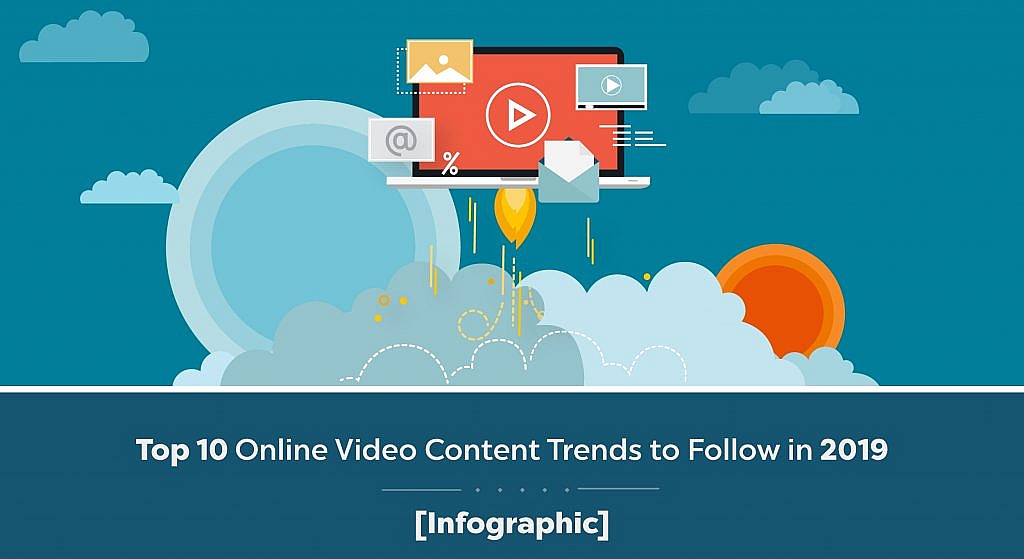 These days, video streaming has become an essential part of our daily lives.

According to a recent survey, the average viewer watches about 1.5 hours of video content on a typical day. 15% of people who responded to the same survey said that they actually watched at least three hours, often more. In fact, by 2020, video-on-demand is expected to make up more than 80% of all internet traffic.

Based on that, it should come as no surprise that 81% of businesses said that they were actively investing in video marketing— a number that was up from just 63% a year ago.

One of the great things about video — both as a communications medium and as a marketing tool — is that it’s malleable. It can be adjusted and shaped in a practically infinite number of ways depending on the marketing and business goals you’ve laid out for yourself. Online video can be an extremely powerful tool for businesses of all types to increase sales, brand awareness, reduce support queries and even increase customer retention and loyalty- all at the same time.

Forbes reported that 90% of customers say video helps them make buying decisions, and 64% say that a high-quality video makes them more likely to make a purchase sooner rather than later. Many people use video as their primary research tool before they make a purchase, or to learn more information about how to get the most out of a product or service once they’ve already invested in it.

According to another recent study, more video content is uploaded in just 30 days than all the major TV networks in the United States have created in the past 30 years. With benefits like these, it’s easy to see why. Plus, you need to remember that we’re only talking about the marketing side of the conversation. Once you open things up to a discussion of creative, narrative fiction content, it’s crystal clear that video isn’t going anywhere anytime soon.

But at the same time, all of this practically demands the question: if this is how far online video has come, how much does it still have left to conquer? We’re living in a time when it’s practically ubiquitous — people watch more online videos on their TVs via an OTT service, on their smartphones and their tablets than they do almost anything else. Is there still room for growth via a technique that proved itself more than “ready for prime time” ages ago?

The answer, as it turns out, is “yes.” There’s still quite a bit of ground to cover, actually.

All of this stems from the fact that video, as we know it, is still changing — and the advent of a new VOD platform on a regular basis was only just the start of it. People still want to watch the content they crave, whenever they want, from any device. The “why” of it all is as firm as it ever was — it’s the “how” that is breaking new ground right before our very eyes.

We’re quickly approaching a time when not just video but live video becomes the new norm. 360-degree videos, augmented reality and even virtual reality content will change the immersive nature of this platform, for the better and for all time. All of this means very good things for the ways that you’re able to connect with your target audience and, more critically, the return on investment you’re getting for the money you’re spending, to begin with.

In fact, there are ten powerful trends currently streaming across the online video landscape that you need to be aware of moving forward. Taken together, they paint a very vivid picture of the shape that the next decade or so of online video consumption will take.