Why People Who Share Fake News Are So Dangerous in Our Time? 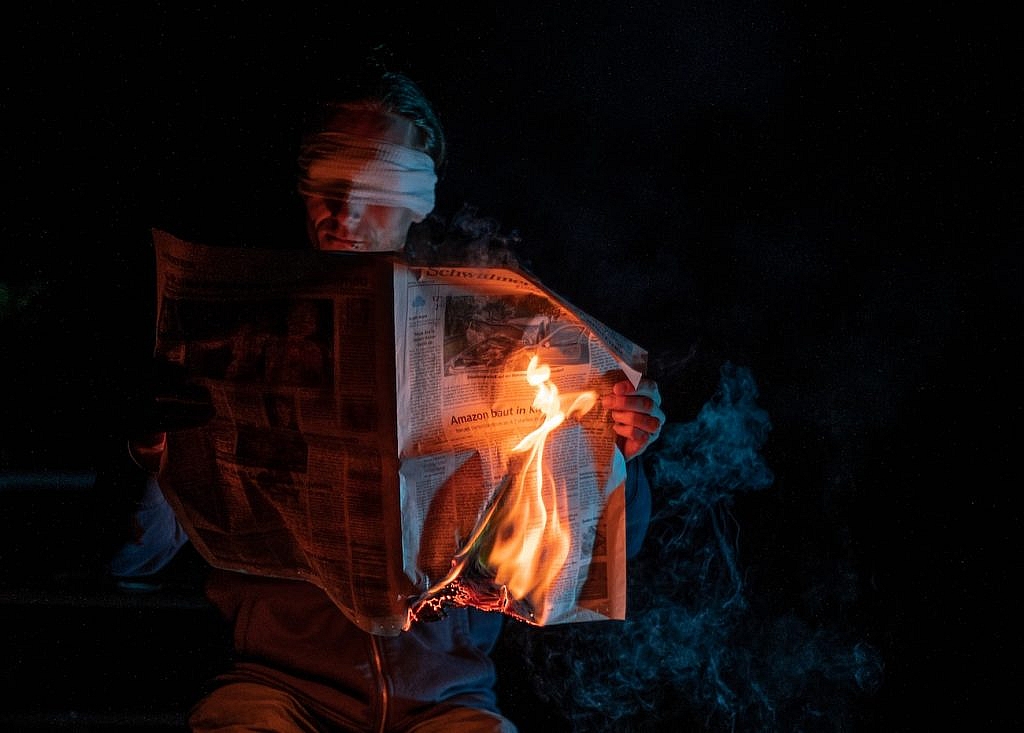 We use LinkedIn to search and apply for jobs. But, on all these platforms the news spread with the speed of light. It is enough to post a video with an interesting topic and it will be shared massively by internauts.

We live in an era when access to information is more accessible than ever before. We open our feed and we are up to date. The information is spreading very quickly, especially that fake news. More and more people think that if it is on the internet, it is true. It might be the case for some news, but not all. Fake news has begun to conquer the internet and divide the people. And how can you better spread fake news if not with the help of people?

When sharing has become so easy, so did the spread of fake news. People do not critically analyze what they read or see on the internet. Instead, they blindly believe everything they see. And the downside is that they help to spread this fake news that has negative consequences on the population. But, why are the people who share fake news so dangerous? Why are fake news dangerous in an online world where freedom of expression is almost total?

1. They Help Manipulate the Population

One experiment conducted by a group of psychologists asked people to read a piece of news and decide if it is true or false. The group that promoted the news about bullying in schools is named American College of Pediatricians. A name that gives the impression that behind this group are doctors who want to share unbiased information to help the population.

It turned out that in 2002 this group separated from the mainstream American Academy of Pediatrics. They separated because they did not agree over the problem of adoption by gay couples. In the end, they were considered a hate group.

This might have negative consequences on the population, especially when it is election time. Because politicians have noticed this wave of sharing information without reading it and they took advantage of this. Massive shares mean that fake information is reaching more and more people and therefore helping at manipulating them.

In a new study, computer scientists investigated how some links get shared and how many people actually clicked on those links. They followed shortened links distributed by five major news companies. They have also gathered data on how many people clicked those links and how many have shared them on Twitter. The results are overwhelming. 6 out of 10 people shared the link without clicking it.

Analyzing the data gathered, they have noticed something amazing. Those 4 out of 10 people who click links, clicked on links shared by regular Twitter users and not by the media company itself. Most links were not so fresh anymore and it turns out that people have read outdated news.

Going back to the main topic, people who share fake news are dangerous. Why? Because it turned out we live in the era of share bait, an era that overpassed the clickbait one. People share things they do not even read, so we cannot expect them to critically analyze them.

This is why you need to shape your critical thinking skills and to double or triple check what you have just read on the internet, argues Susan May from college-paper.org reviews and online assignment help.

With all these technological advancements, more and more tools are created. Some of these help people create deep fakes videos. What are these deep fakes videos? Basically, anyone who has a computer can create one. It is a method that helps create manipulated videos or images that appear to be real. Deep fakes are a subset of Artificial Intelligence that combines “deep learning” with fake information.

How are these deep fakes created? An algorithm studies a person’s mimics and speech from different videos and photos. With all the information gathered, it can create a video that will seem real. But it is not. One classic example of a deep fake video shared on the internet is the one which announces that North Korea will play the World Cup Final against Portugal.

The video was shared on YouTube by a North Korean news agency and was even broadcast on television. It showed people from North Korea that their national football team has beaten Japan, the USA, and China. It even shows images of Kim Jong-un encouraging the team. Even though we know that this is not true, the people living there do not have access to technology to check this information and so they believe it.

But videos have long used to grab your attention when you are scrolling your news feed. According to a Stanford study, 82% of middle schoolers were not able to distinguish a piece of fake news from a real one. And because the era of share bait is flourishing, so does the fake news industry.

4. They Influence Others’ Decisions

You probably remember that scandal with Cambridge Analytica and Facebook from 2016. It turned out that the Trump campaign for presidential elections which was run by Cambridge Analytica was based on fake news. But, how did they manage to reach so many people and influence their decision?

It turned out that Cambridge Analytica conducted a massive ads strategy. And, of course, people helped them without even knowing by sharing the fake news. They targeted people that were not decided who to vote and showed them deep fakes with Hillary Clinton and her relationship with Isis. Their goal was to persuade people to vote a certain candidate and they fulfilled it: Trump was elected as the president of the United States of America.

But they couldn’t have done this without the help of the population. They have analyzed the online behavior of people and tied it with innovative ad techniques. And the fact that people do not check what they see on the internet has helped them even more with the spread of fake news. People who promote fake news appeal to people’s biases and use them to their advantage says Michael Klopp, a writer at professional writing services and essay services review.

Studies have shown that students were not able to distinguish fake news from real ones. They did not make any distinguishment about the source either. In fact, they dismiss the information based on their ideology and biases. And it turns out that fake sources are given more credit than the real ones.

So, Why Are the People Who Share Fake News So Dangerous?

It is kind of a moral dilemma. Humans are social beings that need to interact, form relationships and socialize. But living in the era of technology where free speech is a right has also negative consequences. More and more studies are conducted to find out the psychology behind massive shares of fake news. It turned out that:

This leads to massive disinformation of the population. Why? Because more and more entities promote biased and fake news. And people share them. Which leads to more and more people sharing fake news and fewer and fewer people checking them. In the end, all these massive shares can influence one’s decision, especially when it comes to politics.

And it turns out that people are manipulated without even knowing it. Why? Because the era of social media is flourishing. And even if Facebook and Microsoft work to stop the spread of fake news, the technology is constantly evolving. It becomes easier and easier to get a soft that will help you create a deep fake. And then, people just do their job. They share the fake videos and help create false memories.

So, it is better to check everything you read on the internet. The news might seem plausible, but they can prove to be false. Try to see beyond your ideology and biases and select some trusted sources of information. And, most important, do not share something you have not read and checked. Do not be part of this massive share bait. The internet is a wonderful thing, but also a dangerous one.